I just wanted to wish everyone a safe, happy and healthy new year and to thank you all for your support of my Mitch Malone Mystery series.

All These Books 99 Cents From Oak Tree Publishing

An after Christmas sale that you can jump between the pages and not come up for air until summer. All the titles below are $5 off the regular price. That's right, for just 99 cents you can download any of the below titles and be reading within a minute. Of course my book is listed first. (It is my blog!) I've read many of these books and they are terrific. Those I haven't read, I'm getting to read in 2013.
A CASE OF INFATUATION by W.S. Gager

A Case of Infatuation now only 99 cents until the end of 2012. The first in the Mitch Malone Mystery Series. Get started now and then read A Case of Accidental Intersection and A Case of Hometown Blues before A Case of Volatile Deeds comes out in February!

Buy Now for 99 cents on Kindle
A Case of Infatuation Synopsis
Crime Beat Reporter Mitch Malone's rules are simple: He never lets the blood and guts he covers bother him. He always works alone. And he hates kids. Mitch breaks all three rules when he unwittingly agrees to smuggle a potential witness out of a suburban Michigan home while police investigate a mob-style hit that's left two dead bodies. Mitch sends his intern (a real hottie, but nonetheless an interloper) to interview neighbors, hoping to throw her off, but when he finds the pint-sized survivor the killer overlooked, he decides she might be helpful. When the FBI accuses him of the murder, Mitch goes into hiding with the bombshell intern who doesn't talk and the precocious preschooler. Mitch works his contacts to regain his freedom from his roommates only to find they each hold keys to a bizarre story of disappearances, terrorists and the perfect hamburger recipe.

“A Case of Infatuation was refreshingly fun, yet still suspenseful. I absolutely loved the main character, newspaper reporter Mitch Malone. The writer did such a good job of making him a likable guy, despite his quirks, that I was in his corner, and by the end of the novel, wanted to read more.“

“The plot moves along at a good pace, revealing just enough details and facts to keep you from putting the book down. The writer has a unique writing style, reminiscent of the Hollywood film noir of the 40's and 50's in keeping with the plot and characters, and kept me entertained and reading along until the very end.”

“This is an excellent first novel by W.S. Gager, and I can't wait to see what crazy antics and trouble Mitch gets himself into in the next one.”

Labels: A Case of Accidental Intersection, A Case of Hometown Blues, A Case of Infatuation, a case of volatile deeds, Mitch Malone, W.S. Gager 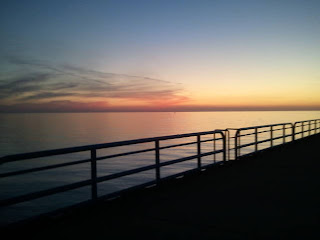 I write my Mitch Malone Mystery Series about crime beat reporter Mitch Malone who lives in Grand River, Michigan, which is laid out very similarly to Grand Rapids, Michigan. I’ve lived and visited in other places, but Michigan is always home. It has so much to offer.

Michigan is also going through a rebirth if you will. It was hit hard by the recession because the state has always relied heavily on the auto industry to provide great jobs for their workers. Many of those jobs and companies are gone. We are coming back but not fast enough.

When people think of Michigan, they think of Detroit which is a life force for the state but is having its own struggles. I just spent the last 24 hours in Detroit and it has so much to offer which I will talk about in later posts.

However, Michigan is much more than Detroit. It is white sand beaches. It is national forests. It is eagles’ majestic flights. It’s cool cities and fun times.  Stay tuned and see what we have to offer!
Posted by WS Gager at 8:20 AM 2 comments:

Happy Holidays to Everyone! 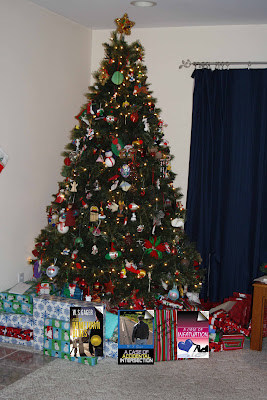 Just wanted to take a minute to wish everyone a holiday season filled with love, hope and family. I for one will be happy to put 2012 in the books and looking forward to a happy, healthy and stable year in 2013. My wish for you is to spend the holidays enjoying family and friends and remembering why we have the season no matter what your traditions are. I am truly thankful for a small child born in a manager who gives hope for all. Please share your traditions and believes and hopes for 2013.

And no blog post would be complete if I didn’t mention that the Mitch Malone Mystery Series would make great Christmas gifts or one of the first books on that new reading device you found under the tree! Check out my tree!

Bonus gift: Also as an added bonus, Oak Tree Press will send you another book if you put a review up on Amazon. Send an email to oaktreepub (at) aol dot com with the book you reviewed and put “free book offer” in the subject line and include your shipping information.  Your free gift will appear in the mail. Merry Christmas that keeps giving.
Posted by WS Gager at 8:39 AM 3 comments:

How do you toot your own horn? 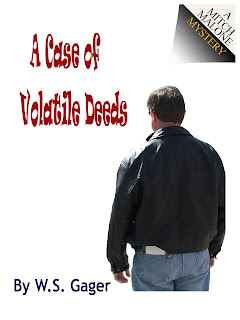 I have to write a marketing plan today for my publisher to submit to Barnes and Noble’s small publishing division. I know what it needs to say. I’ve thought about it for weeks and have the steps in my mind. Why am I dragging my feet?  I want to get it done before everyone in my family is on Christmas break. That means less than three days.

The problem isn’t logistics, or skills, or time. It’s my mind. I have done many a marketing plan, mainly for nonprofit organizations and gotten paid for it. Why can’t I do this one? It’s me, literally. This one is personal. I know the subject inside and out. The hopes and fears. It comes down to what my mother use to tell me: “Don’t toot your own horn. It’s not nice.”

The Marketing Plan is all about what I am going to do to sell A CASE OF VOLATILE DEEDS in the next year. Part of the plan has already been put in place but now I have to associate dates and outcomes to every step. I have to write a press release about me and the book. The book is easy to talk about, me not so much.

I’ve often thought about pairing with another author and we each promote the other. It would be easier than saying: “Hey, buy my book, I’m great.” It is much easier to say “Joan Smith has written this fantastic book because of the unique characters and new mystery plot.”

So I’m going to do an out of body experience and pretend I’m writing about someone else.  What tricks do you use to talk about yourself?
Posted by WS Gager at 7:17 AM 7 comments:

Today is the final day in the Mystery We Write Blog tour.  It has been a pleasure working with some of the most gifted and professional mystery writers.  Thank you! I will miss our conversations about our craft. While we all write mysteries, we have very different ideas, characters and settings.  That has made it so much fun to talk writing with such knowledgeable folks.

I have learned many things and read examples of great writing that has me begging to stick my nose between the pages of their books.  Christmas is coming and I plan on satisfying that wish. (Please tell Santa!)

Now to the event that you are all waiting for… The winners of the Mitch Malone Mystery Series books. Winners can choose what book they want and whether they want paper or in an electronic format.

And the winners are:  Mitch, would you hand me the sealed envelope.  (Dramatic pause to open the seal…)

If one of these names are you, please email me at wsgager@yahoo.com and let me know how you would like your book (paper or e-book) and what book you would like. To help you choose, here are the Mitch Malone Mysteries:

Book 1: A Case of Infatuation
Book 2: A Case of Accidental Intersection
Book 3: A Case of Hometown Blues
Book 4: A Case of Volatile Deeds (not out until February)
Again, thank you to every one of the fourteen authors. You are the best and very gifted. I am thankful to call you friends and have enjoyed getting to know you and your characters.
Merry Christmas and Happy New Year: 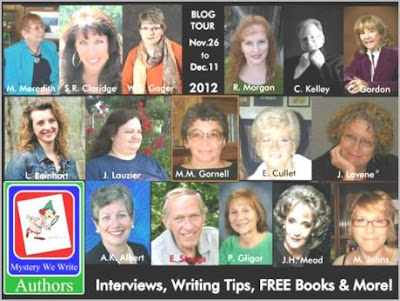