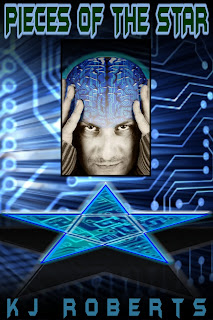 For a special treat today, I have author KJ Roberts who prides herself on being a country girl born and raised. KJ and I share a couple things in common besides the initials that are our names, we can’t remember when we started writing but it’s just a natural part of life for the both of us. Us fellow Midwesterners have to stick together. Like my stories set in West Michigan, KJ is an Indiana native; her stories are usually set in the Hoosier state. After a ten year stent in the military, she moved to Mississippi (we won’t hold that against her) with her husband and two kids. She loves reading, listening to her son play guitar and watching her daughter dance. Let’s see what she has to say…

How do you get your inspirations for your characters?
I don’t want to sound crazy, but it’s like they talk to me or live in my mind. I don’t usually base them on any real life person. I’ll “hear” a few lines in my head and know if it’s a past character, someone from my WIP or someone new. If they’re new, I’ll listen and try to figure out their story. Maybe it’s enough for a book, maybe not. When I give them a name it will either just come to me or I’ll scour the social security popular baby names website by year. Other details fall into place as I “get to know them.”

Are you a plotter or a pantser, ie, do you write from an outline or have a general idea where the story is going and then just roll with it until the end?
I usually know the start of the story and the end. Then I try to figure out the journey in between, throwing in a few plot twists as I go. I would call that more of a pantser, because I don’t write anything in stone or do a chapter by chapter outline. Some might call it plotting since I usually have major events figured out, but not always. My characters surprise me as I go. They drive the story. If I plot everything, they’ll get mad and let me know that is not how the story goes. If I try to force it, they clam up and the words stop flowing. I guess it’s true what they say, you teach others how to treat you, I just didn’t think it applied to fictional characters too.

What was the most surprising thing your characters did in your most recent release that was a surprise to you?
Oh, wow. If I told you that, I’d give away the ending, because that was the most surprising thing Maxwell did. But If I have to pick something else, I’d say I was surprised he almost lost his cookies so-to-say when he was at the morgue. I think he was surprised too. He’s an ex-homicide cop. He’d seen victims before and these victims aren’t mutilated or anything. They just had a cut around their ear. So he can’t figure out why he had this strong reaction. It become clear in the story as he discovered a connect between the victims and himself.

Thank you so much for the insight into your writing. Anything else you would like to add?
I’d like to say thanks to Wendy for having me on her blog today and share the blurb of my latest release, Pieces of the Star.

Ex-cop and brain tumor survivor, Vincent Maxwell has been recalled for a special assignment: Capture a killer. With no obvious common links or clues, Maxwell must work fast before another body turns up. What he discovers suggest more than his reputation is at stake. Wrapped up in an unbelievable world of superpowers, he’s dragged in deeper with a connection he never thought possible. Can he use the information to his advantage and stop the killer? Or will death strike before he finds answers?

Out of the Mouth of the Young

I was speaking at a Mother-Daughter Banquet Tuesday night and met the most awesome nine-year-old girl. Hannah was her name and when I asked who wanted to be a writer, her hand shot up so fast and so strong she nearly climbed on her seat to get it higher.

She came up as she as the door prize winner and I couldn’t help but ask her some questions. Her answers made me think about my writing, but more importantly how enthusiastic she was and knew her goals. I asked her about what she wanted to write thinking it may be a children’s book or the next Twilight series. She wasn’t interested in that. After only nine years, she knew she wanted to write adult books. There was no wavering, no hesitation.

Now that is one girl who will be giving all authors a run for her money and in only a few years, if we are lucky and it takes her that long. I suspect it may be sooner. She wore a black sequined shirt that simmered in the light but that couldn’t match the light shining in her eyes and her willingness to take on the world.

Sometimes as writers it seems really tough to do all the things you have to do to promote your books once you spend years writing and revising them to get them published. No one tells you that the writing is the easy part and the promoting and networking is the real job of writing. With my second book, A Case of Accidental Intersection, coming out in a couple of months, I’m in the middle of trying to get all the publicity ready, arrange the blog tours and set some signings, appearances and book launch. I’ve been overwhelmed with “to do” lists.

Hannah reminded me of my enthusiasm for writing and not to let the promoting of it drag you down. My message for the evening was don’t forget to write and nine-year-old Hannah was the one who reminded me. And I’m off to do just that. The list can wait, my characters can’t!