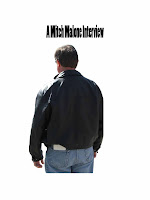 On Day 3 of the Murder We Write Blog Tour I’m hot on the story of a cult that has infiltrated the government and wants to make zombies of Americans. My source for this one is S.R. Claridge, author of the book HOUSE OF LIES. But the person in the know is really Skylar Wilson. Skylar you are being credited with breaking this case wide open. I wish you’d called your buddy Mitch Malone, reporter extraordinaire, to break the story, but that is water under the bridge. Tell me now all the details. How did your sister, Tess, get involved with this cult?
SW:  Tess is four years older than me and when she and I were kids, cult-leader, Maxwell Sagan came into our lives.  Though he was married, he took an immediate interest in my sister; hiding his true intentions behind the deceptively harmless veil of wanting to teach her the Bible.  She was at a vulnerable and impressionable age and he was inappropriate in his pursuit for her heart.  She never recovered and years later joined his cult full-time; despite the urgings of her friends and family to stay away from him.  She believes Sagan’s words are true, despite the fact that the entire P3 movement has been built upon false prophesy after false prophesy and proven lie after lie after lie.  She can’t see it, and I spent years trying to get her to open her eyes.  We’ve been estranged for three years, until several weeks ago when she texted me for help. 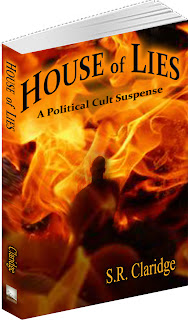 Again, I could have helped you but I don’t want to dwell on my exclusive that is now gone. What was your first step? Do you have any investigative experience?

SW:  No.  I’m a photographer, struggling to get my own studio up and running.  I spent the past three years studying the P3 movement, in hopes of proving to Tess that it is a dangerous cult.  Upon receiving the strange text from my sister, I went to P3 and tried to find her; but the campus is huge and it was impossible.  I ran into Maxwell Sagan and could tell he was lying to me when I asked about Tess.  An anonymous note instructed me to contact a private investigator named Stephen Braznovich, and he’s been helping me try to find my sister.

Now sometimes siblings aren’t ready to jump in to the rescue. Why did you decide you had to help her?

SW:  Because I had been fighting for Tess for years…praying she would open her eyes and come back to me…to normal life…to her friends and her family.  Three years ago all she would say was, “we’ll have to agree to disagree” or “you won’t budge me.”  It was so maddening!  Then, when she sent me a text for help, I knew it meant something was terribly wrong and I was the only person she had left.  I couldn’t refuse her cry for help.  I dropped everything and ran to find her.

I understand you are an entrepreneur. Did that experience help you? You didn’t have any previous experience with investigations.

SW:  It helped me from the standpoint that I was able to take some photographs that ended up being helpful in answering questions and proving we were on the right path.

Did you get any good photos of the masterminds that I could run with my story in the Grand River Journal? Any tips you have for novice photographers?

SW:  I have a lot of photographs of P3 members and leaders, though because this cult reached into the upper echelon of our government, sharing those pictures could put your life in danger at this time.  Until we know exactly how high up this thing goes, my pictures have to remain in a secured location.  As for tips for novice photographers, keep your camera with you at all times.  You never know when it might save your life.

To find out more about Skylar’s story and other books by S.R. Claridge, please check out the following website: www.AuthorSRClaridge.com

SW:  It’s been a pleasure talking with you, and next time I have a mystery to solve, I come to you for help.

A Note from S.R. Claridge: "I’d like to encourage readers to enter my giveaway contest. I will be giving away an ebook copy of TETTERBAUM'S TRUTH, book one in the Just Call Me Angel series; or if you've already read Tetterbaum's Truth, you may select another novel of your choice and receive that e-copy instead.  Leave a comment below and you're automatically entered. Include your email address in your comment so I can get in touch with you should your name be selected at random. The winner will be announced on my blog (http://www.FeelingTheFiction.blogspot.com ) on December 12, 2012. Good luck!" 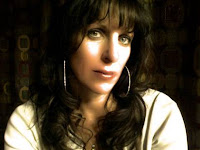 My name is Susan Claridge and I write under the name, S.R.Claridge. I'm a mom, a wife, a daughter, a sister, a niece, an in-law and friend; but no matter what hat I wear, I’m always the same simply, complicated woman beneath. I love autumn, moonlight and Grey Goose Vodka martinis with bleu cheese olives. I believe Friday nights were made for Mexican food and margaritas and Sunday mornings warrant an extra-spicy Bloody Mary. I love Jesus and know that any good in me comes from God. I believe in the power of prayer, in the freedom of forgiveness and that people can change. I have a terrible temper and a tender heart, and somehow they balance. At times I may appear teetering on the edge, but I'd rather walk dangerously where there's a view than let life pass me by. Relationships intrigue me and so does the loyalty of Mafia families, which is why I chose these topics for my novels.