I get back from vacation and W.S. has all these interviews lined up. I talk to cops every day on the beat as the best reporter at the Grand River Journal and all she gives me to interview are cops or former cops. I don't know why she can't set something up with a super model or something. Now there would be an interview. I don't want it to be said that Mitch Malone isn't professional. Today's interview is John Bray, a former cop and attorney. John, thanks for joining me today. You started out as a cop and then switched careers to law. Why did you do that?

Hi Mitch, Before we begin, if you'd like to interview a snazzy model speak to Mina. But be careful, Dante is the jealous type and he's armed. (THE CONFIDENTIAL). To get back to your questions. leaving the department early was a difficult decision. I had to wait 3 years for my pension to vest and I got 17/40ths instead of 20/40ths but I made more money practicing law. When I left, the NYPD was going through a major upheaval and I was right in the middle of it. I was a prosecutor in the internal disciplinary system having been admitted to the bar and promoted to lieutenant. I was recommended for a meritorious promotion to lieutenant detective squad commander but the Police Commissioner denied it on a personal whim, I decided my time would be better spent elsewhere.

Thanks John. I may have to look up Mina. Before becoming an attorney, you worked in New York City and covered some of the worst crimes. Does that have any influence on your writing? 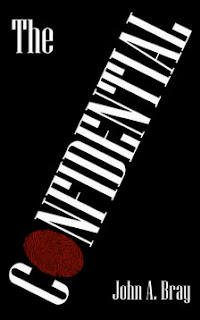 THE CONFIDENTIAL is based largely on a fictionalized version of events and people I had personal experience with, so yes, there was at least one book there, the publisher wants a series,(gulp).

When you were working as a cop, were you a good source for reporters? I know I didn't cover the beat in New York but would you feed me information?

When I was in the PD, I never had a good experience with reporters, but I don't want to get personal. When I practiced law they came to me for interviews and were more deferential.

Your book, THE BALLAD OF JOHNNY MADIGAN, is being published by BeWrite Books of Lancashire, England. Where can people find it and what is it like having an English publisher?

The publisher, by the way, is a small independent company which is now incorporated in Canada. The main guy in the company is English and lives in France and the technical work is done in Vancouver. My editor lives in Ottawa, I think they're all great people. THE BALLAD OF JOHNNY MADIGAN is published by BeWrite Books and is available through them, Amazon, B&N, Books-a-Million and on all the e-media. THE CONFIDENTIAL, just released, is on all the same outlets.

My understanding is the THE BALLAD OF JOHNNY MADIGAN is set in the 1800s. How hard was that to write about? You weren't living then, I assume?

THE BALLAD starts in Lower Manhattan, with which I am very familiar. I did tons of research to write a Civil War story, but it becomes a law enforcement/counterespionage story. Very different from the usual Civil War book. (My great-great-grandfather was killed in action during the battle of Port Hudson, LA during the WAR OF NORTHERN AGGRESSION), as they like to call it down here in Williamsburg, VA, whence we have retired and now write.

John, a pleasure having you. You sound like a great storyteller. Where can people find other things you have written?

I spent 30 years as a criminal attorney, I have tons of anecdotes about crime and court room stuff, besides doing trial work in the PD. For example, did Wendy tell you that the tech man at our conference played an excerpt from PRINCE OF THE CITY? The protagonist was someone I worked with in uniform and later became my witness in the Trial Room when he testified against his brother officers. A character somewhat like him appears under a fictional name in THE CONFIDENTIAL. I have had some short stories published by e-zines but some require an acquired taste, shall we say, and most but not all are not cop stories. My website/blog is www.poppa10.wordpress.com. For more information on the books check my publisher's website at www.bewrite.net.